The self-proclaimed “World’s Only Opera-Singing Magician” Patrick Bell visited the Newtown Senior Center on the afternoon of August 13.

Mr Bell is currently traveling across the country on his debut national tour and performing his show “Opera Kadabra” for seniors.

He started out as a magician after having one attend his fifth birthday party, and he became a professional magician at just 13 years of age. While off at college, he received his bachelor’s and master’s degrees in Voice and sang for the Los Angeles Opera for five seasons.

Today, he blends his two passions — magic and music — to create a one-of-a-kind show. (read more…) 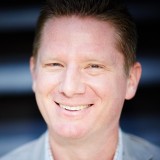 "The World's Only Opera-Singing Magician"